How the tiniest helpers protect the female vagina

In recent years, interest in our microbiome has grown tremendously. Not only science, but also the general public is becoming more and more interested in the effects that the tiniest living organisms have on our well-being. However, people often only think of the intestine – which is not surprising, since the majority of our little helpers are located there. However, it should not be forgotten that this is not the only place where microorganisms are important. They are also found in another densely populated area, where about 9% of all bacteria in women are found – the vagina.

The vaginal flora, i.e. the composition of the microbes in the female vagina, the vaginal microbiome, is a dynamic construct. It changes several times throughout our lives, and there can also be major differences between individuals and especially ethnic groups. Nevertheless, the microbiome in our vagina is more stable than in other areas, such as the oral cavity, intestine or the largest human organ, the skin.

Our vaginal flora is mostly dominated by one or more species of lactobacilli. These lactic acid bacteria are rod-shaped bacteria that produce the lactic acid that gives them their name.

The bacteria usually live in a mutualistic relationship with humans. This means that both partners derive a benefit from living together. In the case of lactobacilli, we give them shelter and provide them with nutrients, and they protect us from disease-causing microorganisms – the so-called pathogens. These include bacteria (such as Neisseria gonorrhoeae – the causative agent of gonorrhea), viruses (e.g. HIV) and parasites (e.g. Trichomonas vaginalis).

But how do lactobacilli protect us from these pathogens?

First, lactobacilli produce lactic acid by metabolizing glucose. This lowers the pH in the vagina to about 3.5 – 4.5. This acidic environment strengthens the protective flora and prevents the growth of many pathogens that require a different pH optimum.

But what happens when this system goes haywire? Almost 30% of the female US population suffers from bacterial vaginosis. In this case, the proportion of important lactobacilli decreases, allowing other facultative and anaerobic microorganisms to proliferate due to the altered pH conditions. The balance of the microbiota is disturbed. This can usually be recognized by symptoms such as strange-smelling discharge, burning during urination, and itching around and outside the vagina.

Bacterial vaginosis is associated with different dangers. First, women become more susceptible to sexually transmitted diseases, such as HIV or chlamydia. In pregnant women, the disturbed microbial balance can lead to premature birth or low birth weight. There are also studies that suggest a link between disturbed vaginal flora, so-called dysbiosis, and infertility. In addition to physical problems, affected women often suffer from psychological stress, as they are ashamed of the smell and therefore avoid sexual relations.

What causes the imbalance?

In case of a disease and conventional treatment, half of the diseased women have problems again in the following 12 months.

Usually, bacterial vaginosis is treated with antibiotics, either taken orally or applied vaginally. However, these often do not show a lasting effect. However, the use of antibiotics is always a massive intervention in the microbiome and should be avoided if possible – not only because of the increasing antibiotic resistances.

For this reason, more and more research is being done today on probiotics, which are intended to support a natural vaginal flora. Probiotics are living microorganisms that, in sufficient quantities, are thought to promise health benefits to the host. The following probiotic bacteria are often used singly or as a mixture: Lactobacillus acidophilus, Lactobacillus rhamnosus and Lactobacillus gasseri. However, there are also other mixtures.

They are often used to accompany antibiotic therapy in cases of bacterial vaginosis. However, for reasons mentioned above, antibiotics should only be used in exceptional cases. In the long term, more harm than good is done here! The results of probiotics research seem promising and possibly reduce the risk of relapse.

The latter is usually the result of a decrease in diversity. The fewer diverse bacterial populations present, the more vulnerable the delicate balance. In bacterial vaginosis, there is often a massive disruption in the ratio of bacterial populations to one another. Even if the populations are subsequently re-established, small amounts of harmful bacteria remain, which can regain the upper hand more quickly than before if further disruption occurs. Therefore, a decrease in symptoms is not necessarily an indication that the disease is over.

Taking responsibility for your own health

Therefore, the following also applies to bacterial vaginosis: prevention is better than cure. Probably the simplest method of prevention is to reduce the risk factors mentioned above, for example to stop smoking or to avoid vaginal douches and perfumed soaps. However, diet also seems to have an influence. Deficiencies in the micronutrients vitamins A, C, E and D, beta-carotene, folic acid and calcium can lead to a dysbalance of microorganisms.

Curiously, two diets appear to have a positive effect on the health of the vaginal microbiome that are not otherwise associated with a positive effect on “good” bacteria. Thus, a diet rich in animal starch, as well as a diet high in fat and low in fiber, can in principle favor the maintenance of the natural vaginal flora. The decisive factor here is the glycogen content in the vagina. Glycogen is a polysaccharide made up of several glucose molecules. It serves as an energy store for humans and animals.

If the glycogen content in the female vagina is high, sufficient nutrition is continuously available for the lactobacilli to metabolize and use for reproduction. More animal starch most likely leads directly to an increase in glycogen in the vagina. Fat, on the other hand, leads to higher levels of estrogen in the body. This hormone is responsible, among other things, for transporting free glycogen into the epithelial cells of the vagina, i.e. the inner lining of the vagina. As a result, the sugar store is also increasingly available to the lactobacilli here as a source of nutrients.

Effects of the pill on the vaginal flora

The contraceptive pill can also have an effect on the vaginal microbiome. In Germany, about half of women take the pill for contraception. This puts it in first place among the most popular contraceptives, even though it is a drug that interferes intensively with hormone balance and can have massive side effects. These include migraines, depressive moods, reduced libido and an increased risk of thrombosis.

The pill can have various effects on the vaginal microflora. One potentially positive effect is estrogen-induced accumulation of glycogen in the vagina and consequent support for the growth of lactobacilli.

On the other hand, the growth of Candida albicans may also be promoted. This yeast is present in the majority of people and is usually harmless in low numbers. Among other things, it is kept under control by the lactobacilli and the human immune system. However, under certain circumstances, an increased growth of Candida albicans and thus vaginal candidosis can occur. In addition to a weakened immune system, this can also be caused by taking the antibaby pill. Due to the increased amount of glycogen from the contraceptive pill, the sugar-loving yeast fungi also receive increased nourishment. Also, the adhesion of the fungi in the vagina is promoted by taking the drug. In addition, the natural protection of the vagina’s immune system against yeast fungi also seems to be reduced. Under certain circumstances, taking the drug may prevent bacterial vaginosis but promote vaginal candidosis.

The vaginal flora should be protected

A diverse vaginal flora is a highly effective protection against pathogenic bacteria. However, the balance should not be destroyed. De-stabilization makes women vulnerable to sexually transmitted diseases and, in the worst case, can lead to infertility. It is necessary to take responsibility for one’s own health and not compromise the natural state of the vaginal microbiome, but support it with the right micronutrients. Probiotics may also be helpful in this regard. (LS) 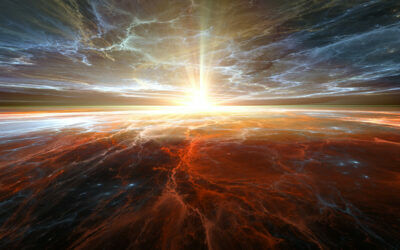 Antibiotics - the molecular atom bombs When Alexander Fleming discovered the antibiotic in 1928, he did not yet know that he had scientifically... Walking through the supermarket offers access to a wide variety of foods and beverages. Colorful advertising promises maximum enjoyment at unbeatably low prices. But what about safety?